NoLifting Mobility LLC, creator of the EZ Care Chair™, is a company begun in 2008 that is committed to improving the quality of patient care. The founders were engineers with diverse backgrounds and interests in nursing care, emergency medicine, Hospice care, and mechanical and biomedical engineering.

A breakthrough in patient mobility. 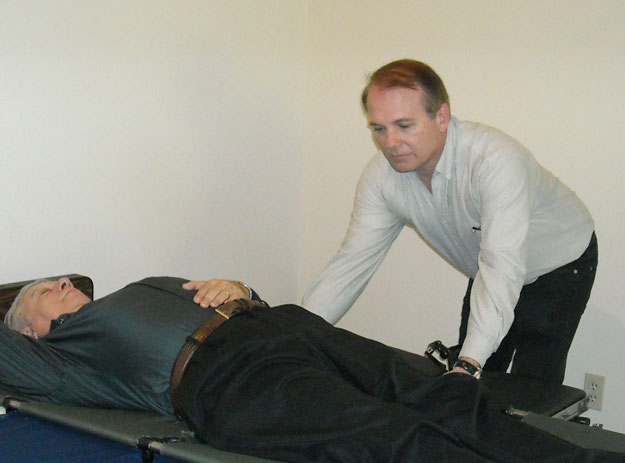 Jim Denosky created the original design, and he is the patent owner and overall developer of the EZ Care Chair™ .  Bill Kahler, an experienced mechanical designer and machinist, was tasked with designing the parts and creating the early assemblies for the  chair.  In addition, professors and senior design students at the Georgia Institute of Technology participated in three industrial partnerships to add elements and to test design.  He has worked extensively in the medical, computer and mechanical engineering fields. In the medical area, he was the Principal Investigator for an NIH-funded research grant, a certified Emergency Medical Technician, a trained nursing aide, and a Hospice worker (in patient and bereavement support).  He has done many in-services and demonstrations for nurses, physical therapists, and rehab professionals at research hospitals. His nursing experience in geriatric patient care convinced him of the need for better transfer and mobility devices.

In engineering, he has an MS in electrical engineering/computer science (Univ. of Illinois), and is a holder and author of three US patents. He has worked in the areas of telephony and transmission (Bell Laboratories), fiber optics (SONET development at Alcatel), disk storage and predictive failure (SCSI development at NCR), source code control systems, BtoB internet-based system development (the DOD), Token Ring LAN Management (IBM), and web development, among other technical areas. He is also a machinist, a bio-engineer, and a product designer, developer and tester. He has designed and built multiple medical device prototypes involving CAD, parts development, integration, and FEA testing. He has co-directed three mechanical engineering design groups at Georgia Institute of Technology giving requirements, managing the process, and analyzing and testing the resultant assemblies following integration with the transfer chair. He has spoken in numerous college classes on a variety of topics, including the engineering of large power systems, integration of renewable, intermittent energy sources into the grid, and the Smart Grid.

Get in touch with us.